Home > About the Filmmaker 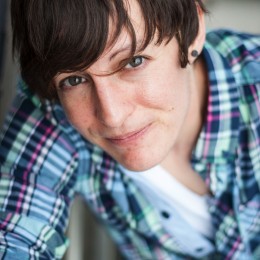 Heather is a Canadian Independent Filmmaker. She graduated from the three year Broadcasting Program as a Film Major at Niagara College Canada with honors. During her time there, she was awarded the “Bob Johnson Award” for best all around student in academics and practical work, an award for best cinematography for a short film and an award for her final thesis paper on the importance of the female vision in the film industry. She was a finalist for the 2003 National Apprenticeship Training Program with the Academy of Canadian Cinema and Television. Heather won the Barrie Ontario “Emerging Artist of the Year” Award in 2008.

In 2004 Heather started up her own independent film company, “To Each Her Own Films”. She has completed a broadcast commercial (staring the Olympic figure skater, Steven Cousins); a short film entitled “Envoy”, a feature length documentary on same-sex marriage entitled “I Do?”. “I Do? (a documentary profiling same-sex marriage as it becomes legalized in Canada)”-2005 had its world premiere at the New York International Independent Film and Video Festival, where it received an award for Best Gay Film.  Heather’s next project, a feature length drama entitled, “To Each Her Own” (titled after her film company)-2008; is a heart felt lesbian coming out story. She produced, wrote, shot, edited & directed the film. “To Each Her Own” played at over 60 festivals around the world winning awards such as Best Lesbian Drama at the Long Island NY’s Gay and Lesbian Film Festival, Best First Feature at Toronto’s Inside Out Gay and Lesbian Festival, an audience 1st Runner Up award for Best Film at the South Texas Underground Film Festival, Bronze Plaque at the 56th Christopher Columbus Award Ohio & 1st Runner Up for Best Feature at the Great Lakes International Independent Film Festival. 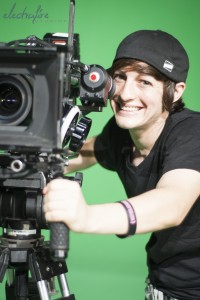 
KATIE CHATS INTERVIEW – Inside Out TORONTO – Heather Tobin (May 2013)


KATIE CHATS INTERVIEW – Inside Out – Kelly-Marie Murtha (May 2013)