Home > About the Company 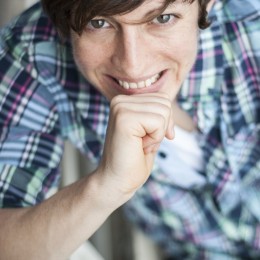 I knew I wanted to be a filmmaker since I was 12 years old & I spent all my paper route money on a VHS camcorder. When I discovered my sexual orientation it became clear to me what I was going to make films about.  LGBTQ movies have the power to create change and make a real difference in homophobia both external and internal.  I strongly believe that through filmmaking you can build awareness and understanding.  I have been creating queer feature films since 2004.  Besides the need for more LGBTQ lead characters in cinema, I am also of the belief that there is a real lack of female perspective in mainstream media.  I am proud to be a female director, editor, writer and producer.

It is exciting to live in a time of rapid change.  Change in human rights and also change in technology make it possible for me to have a voice and create art that gets exhibited at film festivals around the globe.  Advancements like the RED camera and Final Cut Pro, bring the craft of filmmaking to the common people. These advancements have made filmmaking the same as any other art; like painting or photography, anyone with enough drive can now make a film. And the film’s success is directly related to the talent of the artist. There is no longer a need for an “IN” into the world of movie magic.  Just a heck of a lot of determination is all that is required.  The time of social media allows everyone to have an opinion.  It doesn’t matter who you know, it matters what you have to say.  I encourage all of you to tell your stories, create art and respectfully enjoy others art (try to watch all films from legitimate sources).
- Heather Tobin (TO EACH HER OWN FILMS)

TO EACH HER OWN FILMS FEATURETTE

TO EACH HER OWN – RENT OR BUY VOD – WORLDWIDE

To Each Her Own Films is an independent film company & would really appreciate any help spreading the word about its existence. 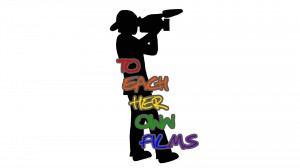